Spring has sprung - or snow in Scotland, but we’re not fussed...our festivals are indoors for a good reason! It’s been a busy first quarter for the North Hop crew as we have brought you sell-out festivals in Aviemore in February and Aberdeen in April, a rather fun Mad Hatter’s themed Gin Tea Party in March and now working towards our summer session in Glasgow in June...

The North Hop Apres-Ski themed festival took place in February in the Osprey Arena at the Macdonald Aviemore Resort to happy festival revellers on the Saturday afternoon and a sell-out session on the Saturday evening. Festival Brew was brought to you by St Andrews Brewing Co, Thistly Cross Cider was on site with the special North Hop Farmhouse Festival Cider and Dunnet Bay Distillers brought the Aviemore crowd a truly unique Cream Gin blend for the Festival Gin with Rock Rose Gin and Scottish cream.

The Little Italian Prosecco Van from Poco Prosecco was on site serving Fizz on Tap, Carounn Gin and Tomatin Whisky kept the cocktail lounge busy; and Inshriach Gin brought its very first batch, along with their impressive horsebox bar to the Aviemore festival too.

The music stage featured a selection of up and coming acoustic acts and bands from across Scotland during the festival sessions, with local lads Footerin’ Aboot headlining (and getting everyone up dancing) during the Saturday afternoon session and Inverness-based Dr. Wook and the Voltaic Disorder headlining the Saturday evening session. Nicky Aiken, Hollie Atkinson and Michael Cassidy also performed at the festival.

Official pics from the festival can be viewed here along with the Betty Booth photo booth pics and the amazing highlights video from Fergus at Cinestag Films featuring drone footage by Kirk Watson.

Our next Aviemore festival might be coming up sooner than you think, watch this space...

At the beginning of March we took over Velocity Cafe in Inverness and gave it a quick Alice in Wonderland makeover before welcoming guests with ‘Drink Me’ gin potions and lots of other gin themed delights. We were delighted to see so many folk get dressed up for the occasion and Grant Murray from Scotch & Rye and Bar One did a grand job of playing the Mad Hatter for the night guiding Alice and friends through 5 different international gins with the various tonics and garnishes. Check out the official photos from the event here and keep an eye on our social media channels for further themed events coming up in the future.

We spent the North Hop Easter weekend in Aberdeen at the Aberdeen Exhibition and Conference Centre to another sell-out crowd for the Saturday evening session. Aberdeen local heroes, Fierce Beer brewed up a special Grapefruit Pale Ale for the festival, North Hop favourites Thistly Cross Cider were on site with the Farmhouse Festival Cider and new-to-market LoneWolf Spirits brought us a specially distilled small batch North Hop Gin.

Local talent in abundance, the North Hop music stage featured talented acoustic singers and awesome bands The Little Kicks, The Deportees and Nicky Aiken & The Temple Sons took to the stage to close the sessions.

Not forgetting the street food, Aberdeen had the famous toasties from Melt, award-winning The Bay Fish and Chips with their instantly recognisable The Bay on The Road van, FreshMex with their epic nachos and Foodstory with their colourful veggie/vegan delights. Guest foodies The Pantry Tuck Truck and Fresh Revolution from Edinburgh both sold out of super-tasty dishes but kept festival goers happy with equally delicious alternatives!

The Cocktail Lounge had Inshriach Gin in their unique horsebox-bar, Deeside-locals Esker Spirits with tasters of their Esker Gin, fizz on tap from Poco Processo, slushy gin creations from Porter’s Gin, and Ginacolados from local legends 10 Dollar Shake!

Official pics from the festival can be viewed on our Facebook page along with the Betty Booth photo booth pics and the awesome highlights video from Fergus at Cinestag Films.

Dates for the 2018 Aberdeen festival will be announced soon...


Glasgow. We are coming for you...

North Hop will be hitting the west end of Glasgow at SWG3 on Friday 16 and Saturday 17 June with a rather fun and colourful ‘summertime’ theme!

The North Hop Glasgow Festival Gin, aptly named ‘Dog Days Gin’ is being distilled by Persie Gin, and will be available to buy across all sessions. The Festival Brew is a Bramble Saison 6% from St Andrews Brewing Co, and the North Hop Farmhouse Festival Cider from Thistly Cross Cider has been a hit at all festivals so far this year and is not to be missed! 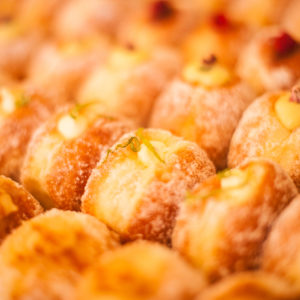 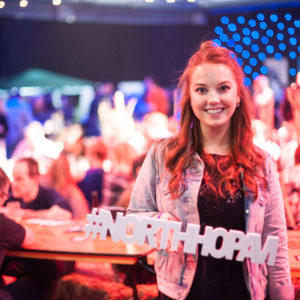 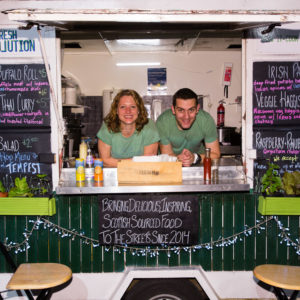 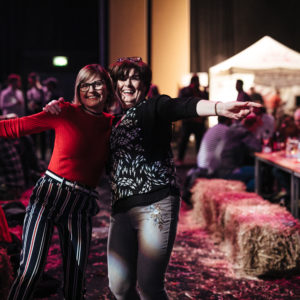 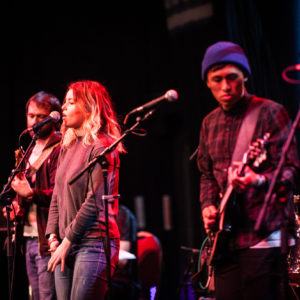 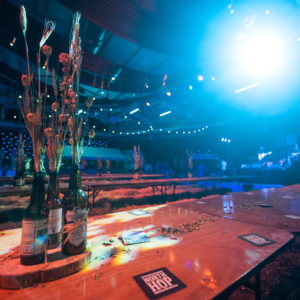 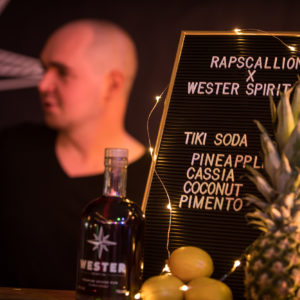 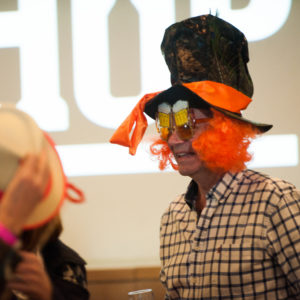 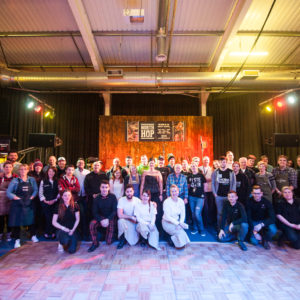 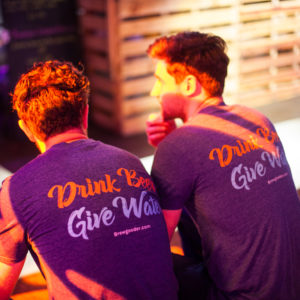 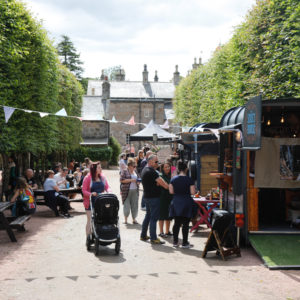 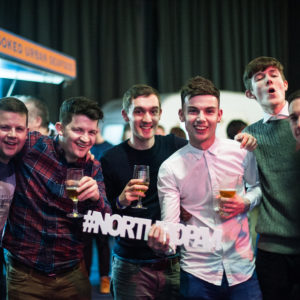 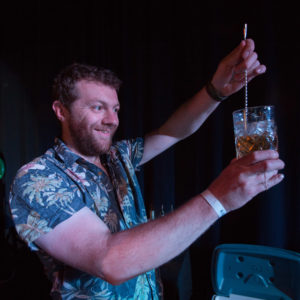 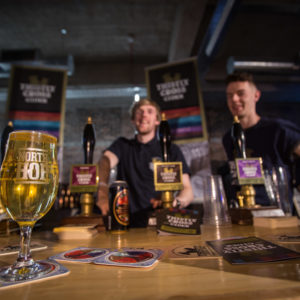 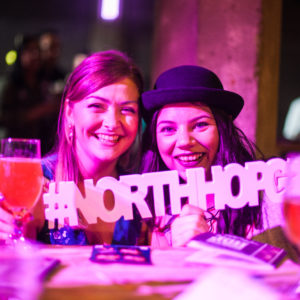 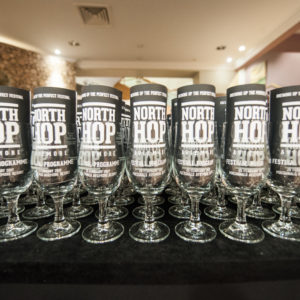 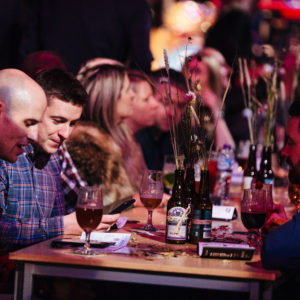 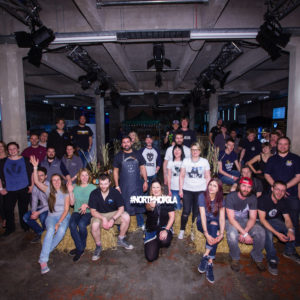 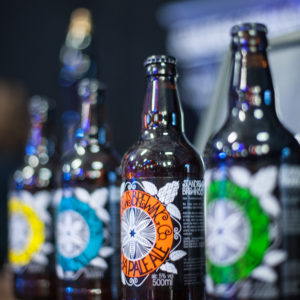 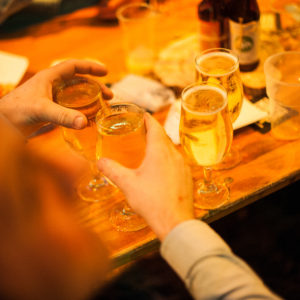 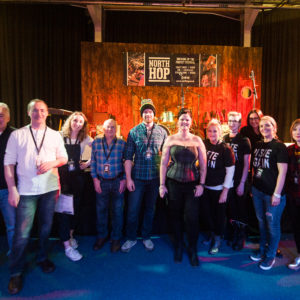