A sunny Wednesday afternoon in May, the perfect conditions for a walk in the park some might say? But add craft vodka and a foraging maestro into the mix and you’ve got a completely different type of walk on the go...a wild booze walk, our kind of walk!

Last month along with a whole host of other great booze themed events, the guys behind 10 Dollar Shake, as part of ‘Drink Aberdeen’ rustled up Reyka Vodka’s Brand Ambassador Fabiana Latham and Mark Williams of Galloway Wild Foods to introduce folk (from both on and off trade) to the wonderful world of foraging for botanicals.

The meeting point was Seaton Park in Old Aberdeen and on arrival we were handed a funky copper Reyka Vodka cup and a miniature bottle of the small batch, handcrafted spirit with the whisper of ‘competition’ and ‘cocktail kit/vodka’ prize...now anyone who knows bartenders will know how goddamn competitive they are, so, it was GAME ON!

First stop was the Beech Trees...their leaves would be perfect in salads or infusions, Mark’s advice was to eat them when they are young. Onto the Lime Trees the mini branches at the trunk of the trees also have edible leaves.

The next couple of stops on the walk were pretty tasty, insightful, and a little bit less leafy...first was the Rowan Trees which have flower buds that are almond flavoured, and berries that you can make great syrups from in the Autumn, then onto the Flowering Currant which smelt good, looked pretty and had leaves that tasted like basil. Next up was Barberry Shrubs featuring leaves very similar to holly with bright orange flowers that tasted like peas in a pod, this shrub also has medicinal uses due to a healing alkaloid it contains.

As the walk continued it became apparent that both Fabiano and Mark were carrying around treat-filled bags with them...Fabiano’s contained a bottle of Reyka which he was adding the botanicals to as we went along and Mark’s contained a selection of potions (syrups, shrubs, and infusions) which were for sampling along the way. Fabiano also added splashes of some of Mark’s potions to a cocktail infuser building us up to a boozy botanical finale.

Continuing around the park we also learnt about (and sampled) Orpine Ice Plants (part of the succulent family), a Bramble Hybrid (tasty yellow raspberry like berries that made for a fun game of ‘catch’ amongst the bartenders!), Elderflowers (which make awesome syrups and are best picked on sunny mornings), and Larch Tree conifer tips (with a clear message not to confuse with poisonous Yew Trees!).

Next up, Sweet Cicily completely split the group and was a bit of a Marmite! It’s distinct anise flavour and smell reminded me too much of Samba but a lot of the bartenders seemed to revel in it’s potential for cocktail making. It is part of the carrot family and is very similar looking to the dangerously poisonous Hemlock Plant! To distinguish the two you need to make sure it smells of aniseed and look out for white spots on the leaves that look like bird crap (but aren’t!).

Elm Trees were the next stop to forage their small pod-like leaves, then the invasive Japanese Knotweed (pick the asparagus-like shoots young and pulp into a juice), Vetch which is part of the legume family (and makes a good garnish), Wood Avens for their clove tasting roots, and then onto Meadowsweet (used in aspirin) which is great for hangovers if you dehydrate and smoke it, something that certainly grabbed the attention of the hungover bartenders in the group!

Amongst the interesting potions Mark pulled from his ‘magical’ bag was a ‘Wild Sour’, made with Sea Buckthorn Juice, Sweetener and Bitters which he paired with a rustic cake made from Common Hogweed (don’t confuse with Giant Hogweed!) and had a distinct, rather delicious, ginger taste.

As the foraging adventure drew to an end the ultra-competitive bartenders started upping the anti in the #reykawild competition stakes...some could be found balancing on one leg in the River Dee, some up trees, one in the bushes, and even one swinging from a fountain! I simply balanced my cup and Reyka miniature on a branch…

Rounding off the walk Fabiano and Mark created a make-shift bar off the tailgate of a truck and served up the results of our walk...the botanical infused ‘taste of the walk’ Reyka (packed a punch with some very distinct flavour profiles), and the ‘Corpse Reviver No. Tree’ cocktail (think back to the potion filled infuser) featuring clarified Japanese Knotweed juice, Sweet Cicily infused Reyka, homemade Vermouth with triple wormwood, and Triple Sec, raising a glass to Drink Aberdeen and all who sailed on/in her!

And the final result of the #reykawild competition...well...I WON!!! No feet got wet, no trees were scrambled, simplicity was key, and the prize was simply awesome...a copper Reyka Vodka cocktail kit, accompanied with a stunning hand-painted Reyka Vodka bottle by Gabriella Rosenau (Morewalls Art) featuring the River Dee.

Massive thanks to Gomes at 10 Dollar Shake, Fabiano from Reyka Vodka and Mark from Galloway Wild Foods for organising such a fun and interesting event. For those of you who haven’t tried your hand at foraging yet my recommendation would be to get out there and give it a go, just do your research first! 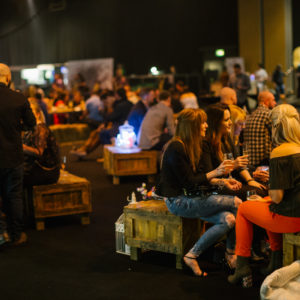 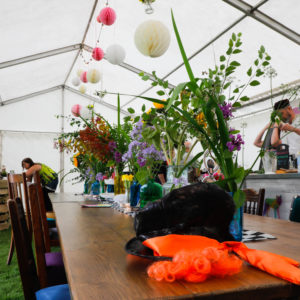 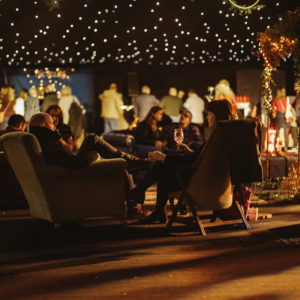 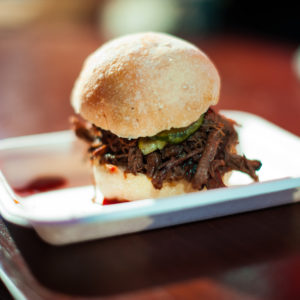 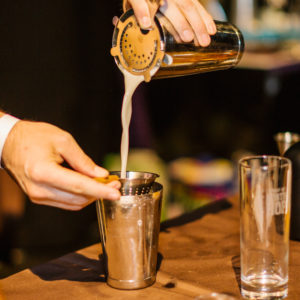 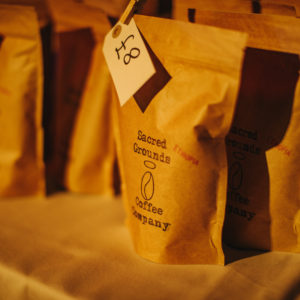 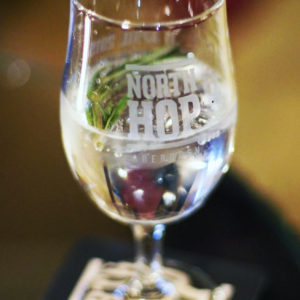 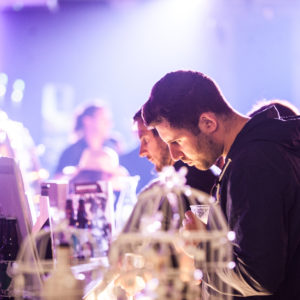 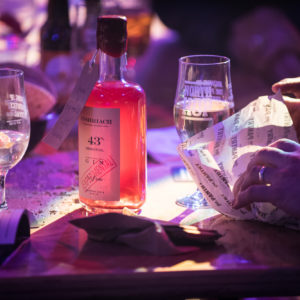 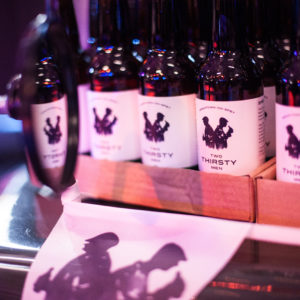 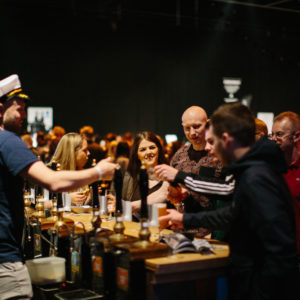 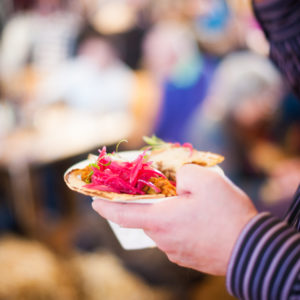 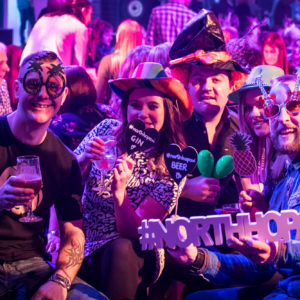 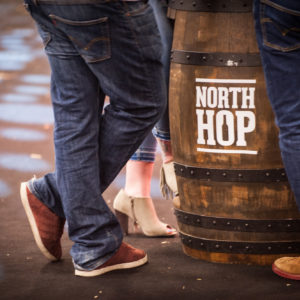 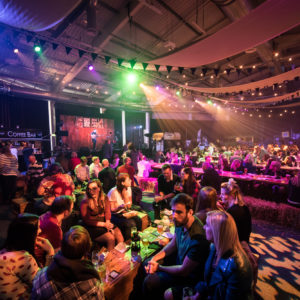 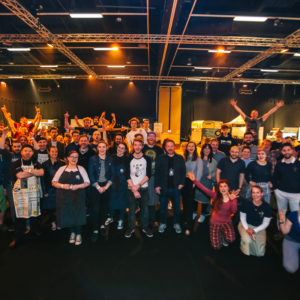 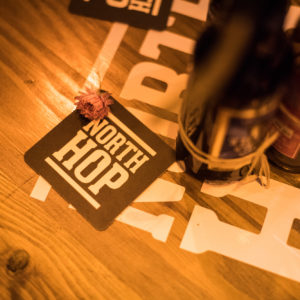 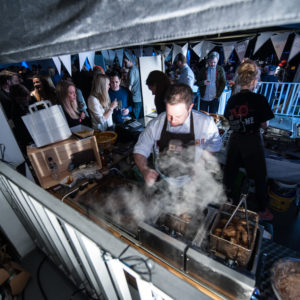 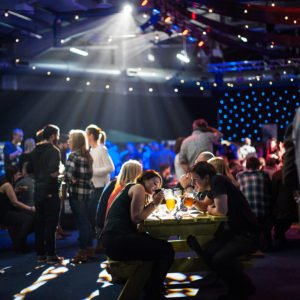 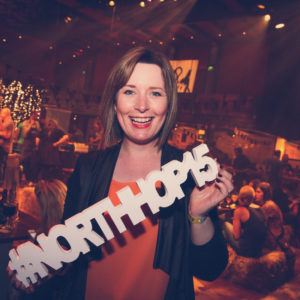 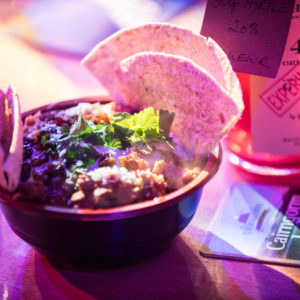 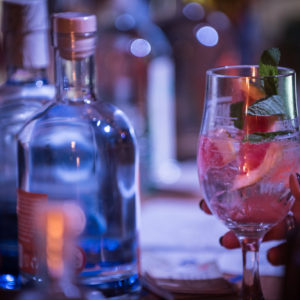 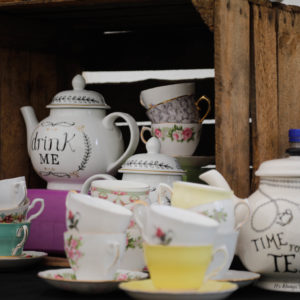 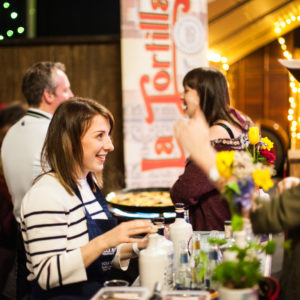