One of the best things about being a share holder (punk) of BrewDog is when the invite comes through for their annual AGM. Now, as with everything else BrewDog their AGM's aren't standard - there's beer, there's music, there's art, and put quite simply they're legendary and what beer dreams are made of!

So when this years invite came through (bang smack in the middle of #northhop14 festival planning) I couldn't say no but needed a partner in crime to enjoy all this beery action with... que Claire Jessiman aka Foodie Quine, Aberdeen food blogger, writer, bletherer, demonstrator and educator extraordinaire. Having met Claire first 'online' (that sounds dodgier than it is) we then met up in person in February in Kingussie (of all places) for the annual Food on Film Festival to embrace our shared love of food, film and gin and what a hoot we had, lots of fun, lots of laughs, lots of gin and lots of random encounters! So I knew that Claire would be the perfect plus one for the BrewDog #PunkAGM2014

As Claire stays just outside of Aberdeen I was invited to stay at Foodie Quine HQ on the Saturday night so opted to just take the train down from Inverness on the Saturday morning, with some bottles of BrewDog Dead Pony Club and Punk IPA and my MacBook for company. Just the week before Claire had actually asked me to do a blog post for her on #northhop14 so I took the opportunity on the train to write one fuelled by BrewDog, very fitting I thought.

Ok so enough rambling on, you just want to hear about the beer right? Well given our initial que waiting time to get to the bar was 50 minutes we can certainly say that good things come to those who wait! With around 4000 people in attendance we reckoned two bars was maybe a bit on the lean side or perhaps they just needed managed better!? Anyway, with beers finally in hand we made our way to some seats to sit down, enjoy the beers and the AGM presentation... and you thought we were there to just drink beer! Highlights of the presentation included a special intro (or should I say sermon) from Greg Koch of Stone Brewing Co., a sneak preview of BrewDog's new branding and packaging (I'm not convinced yet but it might still grow on me), news of their new bars and bottle shop openings and their on-site brewery bar DogTap, the introduction of a shares trading platform which will be launching soon, Brew Dogs American TV show outtakes, the introduction of the BrewDog Investment Fund in which they will provide funding to new breweries to support their growth with Brew By Numbers being the first beneficiary and then of course, the biggest highlight of the presentation, the real brains behind the operation, BrewDog Simcoe (the actual dog) got up on stage to show who's boss!

Throughout the afternoon a number of different beers were sampled (would have been a lot more if it wasn't taking so long to get to the bar, but that was probably a good thing) with a couple in particular being firm favourites…Mikkeller Drinkin'In The Sun despite its low alcohol level 0.3% tasted awesome, then there was the new BrewDog #MashTag, a red imperial ale which is citrusy, malty, very hoppy and very moresish, then Clown Shoes Muffin Top was a new one to me but well worth trying as a unique take on a Belgian-style ale and to finish things off BrewDog's own Jackhammer at 7.2% ABV was tasting particularly good. There was also a few classic BrewDog numbers like Dead Pony Club, 5AM Saint and Punk IPA thrown into the mix too for good measure!

Mixed in with all this beer there was also some great art being created (see the photos below), some cracking live bands on the stage and then the pre-booked tasting sessions. We opted with the Brew By Numbers one and sampled a rather interesting banana infused beer and a coffee infused one too as well as learning about how they started out and how they plan to grow. Iv got to admit I already loved Brew By Numbers beers and branding and the session just confirmed that even further. Then on the way out of the session we bumped into Craig from Cromarty Brewing Co. who managed to twist our arms (well not much twisting was required really) to join him for his session which was up next…it was going to mean missing Idlewild on the main stage but we are glad we did, great beer (Kowabunga and AKA IPA), great Black Isle banter and the fact that Craig is not only a fantastic brewer but also moonlights as a stand-up comedian (he maybe didn't before but should now) made for a very entertaining session... we learnt all about basement brewing and pine martens, don't ask!

We managed to make it back down to the main stage to catch the last number from Idlewild before our stomachs started grumbling and the need for food became greater than the need for beer! The food choices were extremely limited (with very long ques) at the AECC so we opted to jump ship and head into Aberdeen for some cocktails, fizz and food at The Tippling House, a great end to a great day and roll on BrewDog Punk AGM 2015! 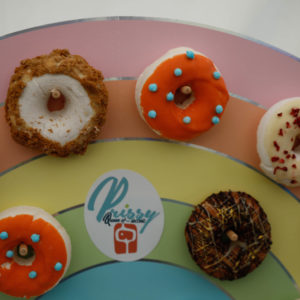 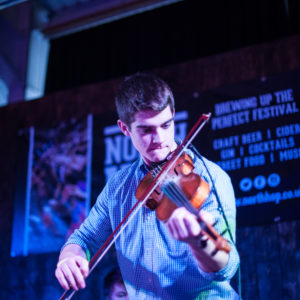 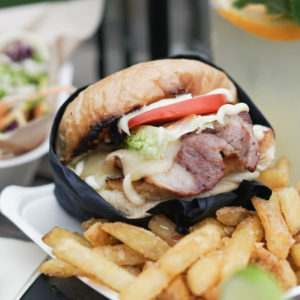 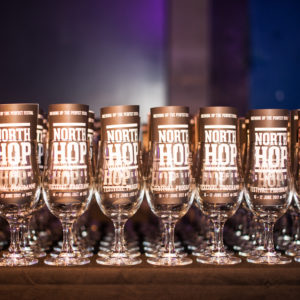 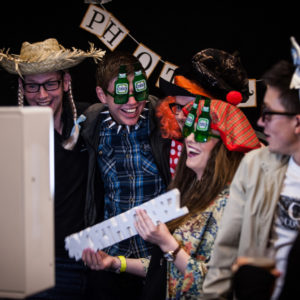 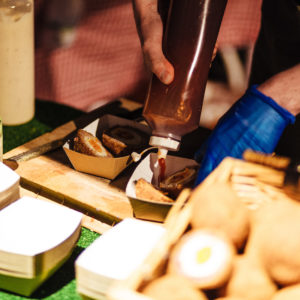 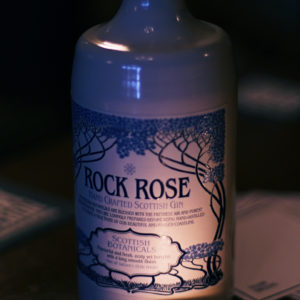 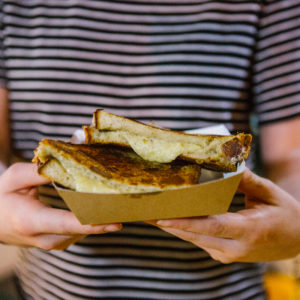 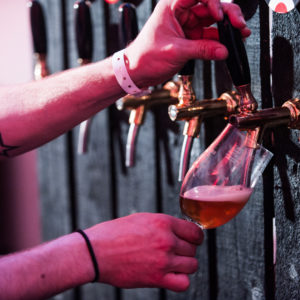 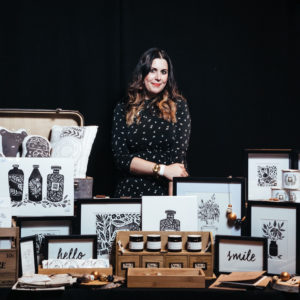 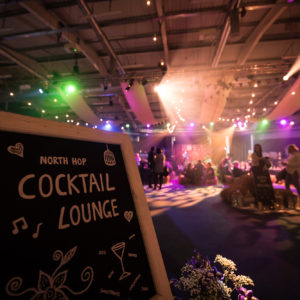 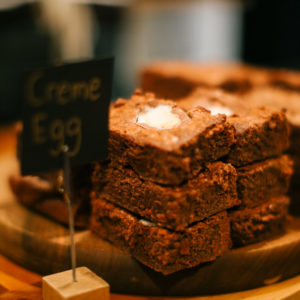 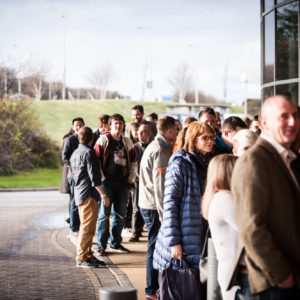 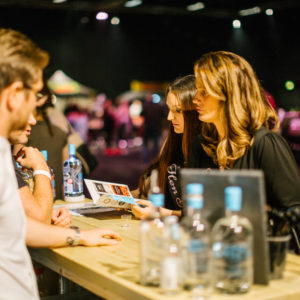 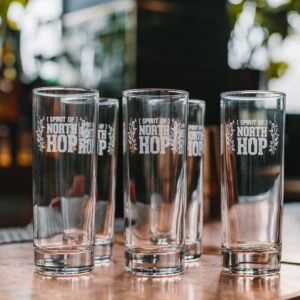 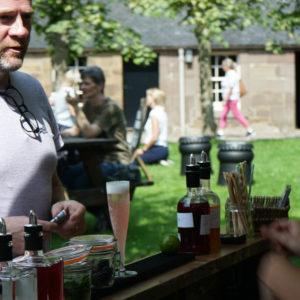 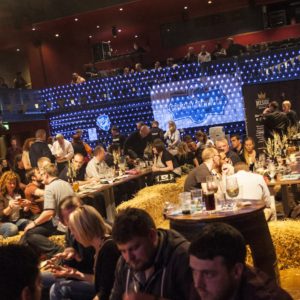 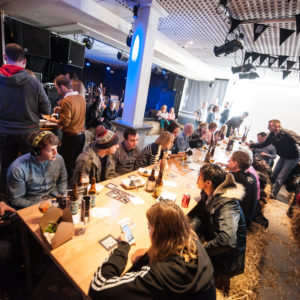 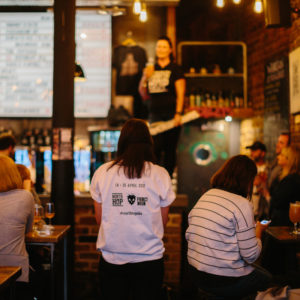 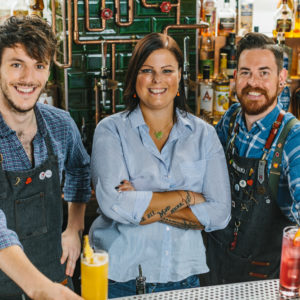 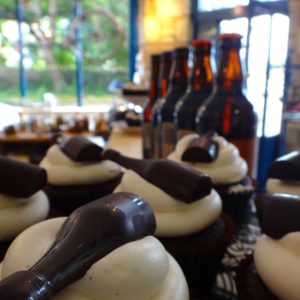 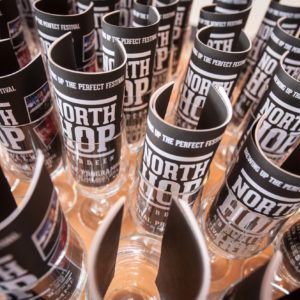 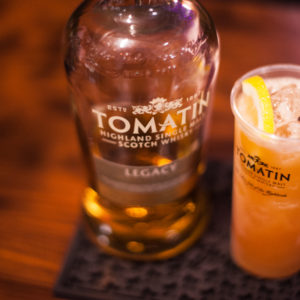 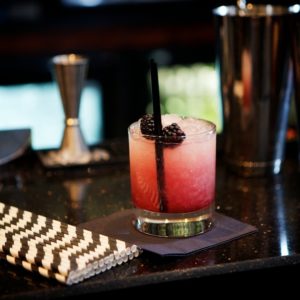